Dr. Segal has over 30 years of experience carrying out rehabilitation-oriented Neuroscience research on motor control and spinal circuits. He has mentored many professional students, pre-doctoral students, post-doctoral students and junior faculty members during his career including many in rehabilitation sciences. He served as a mentor for the past 14 years for the intensive grant writing workshops (first ERRIS and now TIGRR) with numerous mentees successfully attaining extramural funding following the workshop. He was responsible for promoting Rehabilitation Engineering research and training in the Research Triangle region of North Carolina through his role as co-Interim Director of the UNC-NCSU Rehabilitation Engineering Center and is now continuing promoting rehabilitation research at the Medical University of South Carolina (MUSC) as Chair of the Department of Health Professions and Education Director for the NIH funded National Center of Neuromodulation for Rehabilitation (NM4R). 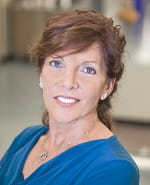 Dr. Field-Fote has 20+ years of funded research spanning the breadth of basic science and clinical rehabilitation studies. Her research has been funded by the National Institutes of Health (NIH) since 1997, and other current studies in her lab are funded by the Department of Defense (DoD), and the National Institute on Independent Living, Disability and Rehabilitation Research (NIDILRR). Dr. Field-Fote is a member of the NIH National Advisory Board on Medical Rehabilitation Research and is a past chair of the NIH Musculoskeletal and Rehabilitation Research Study Section. She directs the Spinal Cord Injury Research Laboratory at Shepherd Center and has academic appointments at Emory and Georgia Institute of Technology. Dr. Field-Fote has served as a mentor to junior faculty, post-doctoral trainees, and PhD students for over 2 decades, and has been a mentor in the intensive grant writing workshop (TIGRR, ERRIS) since 2008. 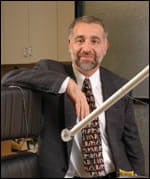 Dr. Corcos is currently Professor in the Department of Physical Therapy and Human Movement Sciences, Feinberg School of Medicine at Northwestern University. He has served as a reviewer for NIH since 1994, was chair of the Musculoskeletal Rehabilitation Study Section for three years and served on The Distinguished Editorial Panel to review NIH Challenge grants. He has received recognition of his mentoring of junior faculty. His experience with ERRIS and TIGRR over the years has convinced him that the rehabilitation grantsmanship workshop is a program that can have an enormous impact on the way in which junior investigators approach both their science and grant writing. 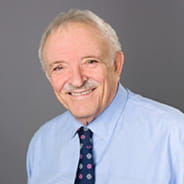 Dr. Rymer is currently researching regulation of movement in normal and neurologically disordered human subjects, including sources of altered motoneuronal behavior in hemispheric stroke survivors, using electro-physiological, pharmacological, and biomechanical techniques. He currently serves as Director of the Single Motor Unit Laboratory of the Shirley Ryan AbilityLab (SRALab, formerly known as the Rehabilitation Institute of Chicago, or RIC). From 1987-2017 he served as Director of the Sensory Motor Performance Program at RIC and was RIC’s Vice President for Research from 2008-2014. He is the most senior scientist at SRALab and the founder of many of its current research programs. Dr. Rymer has established himself as one of the most successful mentors of junior faculty and has been able to relate to the many backgrounds that can contribute to rehabilitation research. In addition to his roles at SRALab, he holds appointments as Professor of PM&R, Physiology, and Biomedical Engineering at the Northwestern University Feinberg School of Medicine.